Tattoos have become increasingly popular among Australians over the past decade, but could your fancy body art cost you your dream job?

Well the simple answer is, yes.

“Appearance, including things like your hair colour, piercings and tattoos are not protected attributes under anti-discrimination laws, so if an employer doesn’t want to hire you because of a tattoo, they have a legal right to say no,” Miles Heffernan from Harassment Claims said.

“And as everyone knows, the problem with most tattoos, is that once you get one, you’ve basically got it for life, unless you want to attempt removal with laser treatments.” 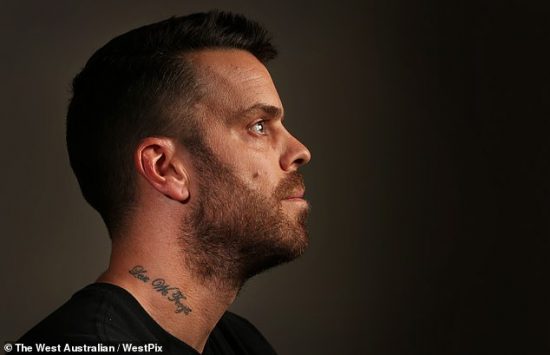 A small piece of ink cost Ryan Banting a chance at a job with the Western Australian police force.

The former serviceman had the words “Lest We Forget” tattooed on his neck after spending six years in the Australian Defence Force and a further four years in the reserves.

He said the tiny ANZAC tribute reminded him and his family and friends to be grateful for the freedom they had, and never expected it would impact so severely on his future career prospects.

“It’s only small black letters, I’ve also got a tattoo on each forearm with the names of my daughter and my son and their birth dates and there’s nothing offensive about them,” he told The West Australian.

He said he would not consider removing the tattoos because they were of personal significance, and called on the WA police force to change its tattoo policy.

“If you go on the (WA Police) website to apply there’s nothing on there that states if you have tattoos, don’t apply,” he said. According to the WA Police body art policy, applicants will not be considered for employment if they have a tattoo that is in a prohibited form or location — including their face, neck and hands — not subject to exemption.

“The policy specifies prohibited forms of visible body art for all employees, and includes the location, the nature and meaning of the tattoo, as well as the extent of the visible body art.

“Broadly, body art should not be offensive, culturally insensitive or otherwise inappropriate, and should not detract from the professional image of the employee.”

The Australian Defence Force also has a policy on tattoos and body piercing.

Tattoos and/or brands are prohibited on the face of people wishing to join the ADF.

The army will not accept applicants who have tattoos on the face, which it considers to include the scalp, ears and neck.

It also prohibits recruits having tattoos on their hands. 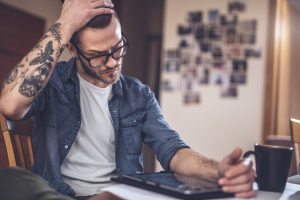 What the law says

According to the Queensland Human Rights Commission, physical appearance is not a protected attribute in Queensland.

This means an employer can refuse to employ you because you have tattoos, purple hair, piercings, dreadlocks, etc. or because of your standard of dress.

However, it would be unlawful to refuse to employ someone because of a physical feature associated with an impairment – for example, a scar or a disfiguring mark or disease. 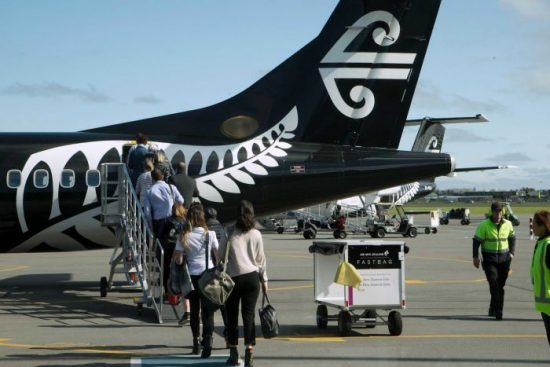 Air New Zealand recently announced that it is ending its longstanding ban on staff having visible tattoos after being accused of discriminating against Maori employees.

Some New Zealanders of Maori heritage have tattoos on their face or arms that represent genealogy and are considered culturally sacred.

But Air New Zealand’s uniform rules had previously banned them from applying for many roles, including flight attendants.

Many culture and rights advocates said the policy was discriminatory and noted that Air New Zealand draws on the Maori language in its marketing campaigns and uses a fern-like symbol known as a “koru” in its logo and on the tail of its planes.

Air New Zealand chief executive Christopher Luxon said the policy was being dropped and non-offensive tattoos would be allowed.

Speaking to The New Zealand Herald, Mr Luxon said: “I’m extremely proud to be making this announcement.  It reinforces our position at the forefront of the airline industry in embracing diversity and enabling employees to express individuality or cultural heritage.

“We want to liberate all our staff, including uniform wearers such as cabin crew, pilots and airport customer service teams, who will, for the first time, be able to have non-offensive tattoos visible when wearing their uniforms.”

The Air New Zealand case is a bit like the hairstyle discrimination issue in the United States, according to Mr Heffernan from Harassment Claims.

“There is a direct link between tattoos and someone’s race, social origin and cultural heritage in New Zealand, so I would expect that we might even see a change to discrimination laws in New Zealand when it comes to tattoos,” he said.

“Just like we have seen a change to discrimination laws in some states in the US when it comes to hairstyles – because it is now accepted that the way a person’s hair looks is inherent to their race.

If you have experienced any form of discrimination, you may be entitled to compensation.

The shocking ‘BLACK GUY REPELLENT’ race discrimination case has made headlines around the world, with…

Hank Azaria, the actor who voices Kwik-E-Mart owner Apu Nahasapeemapetilon on The Simpsons, says he…